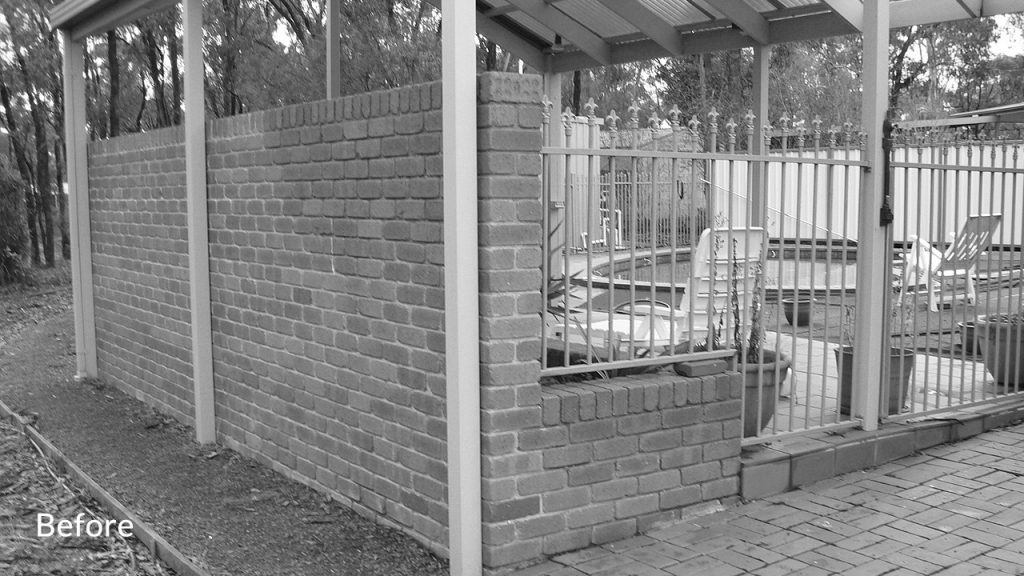 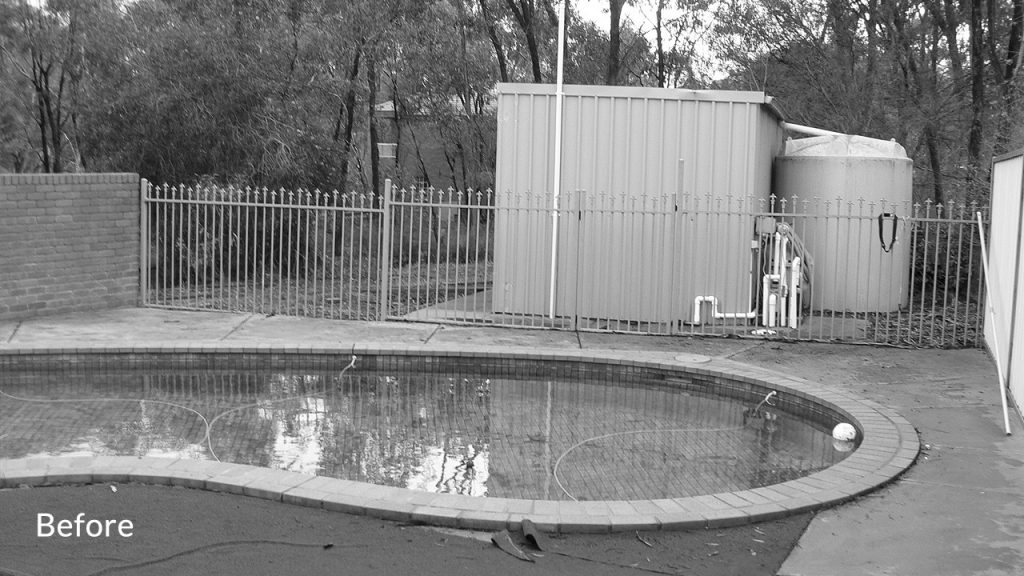 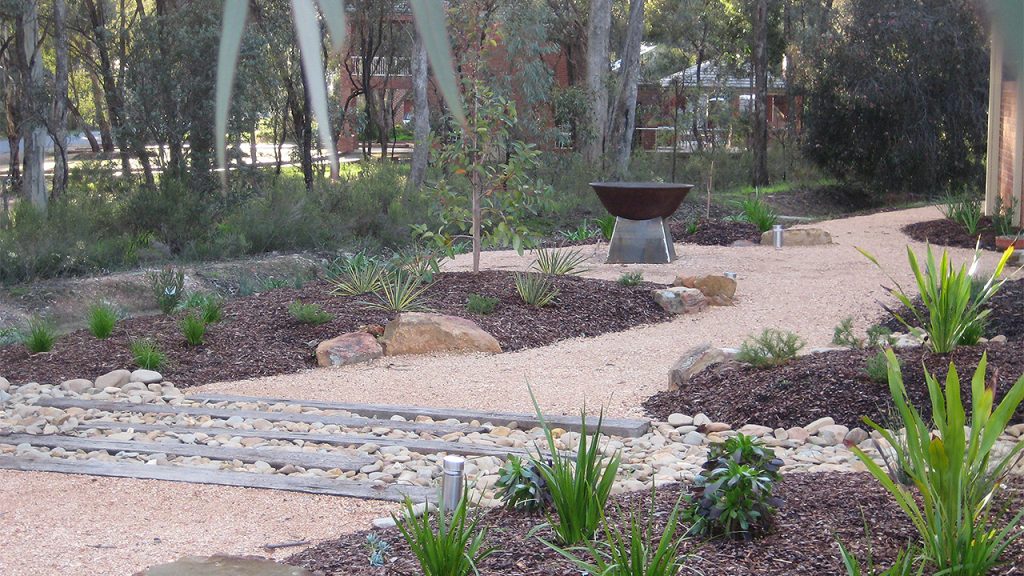 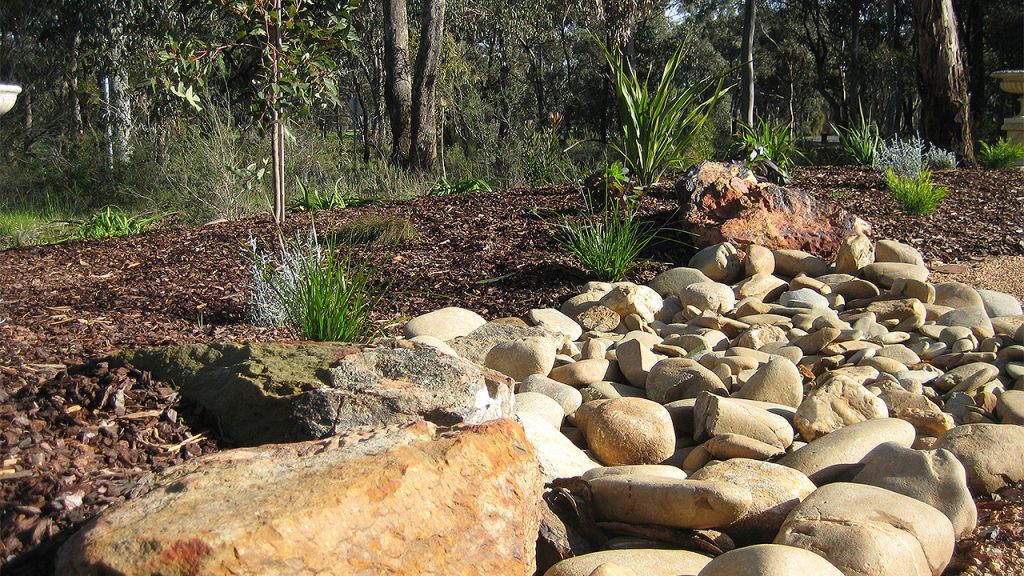 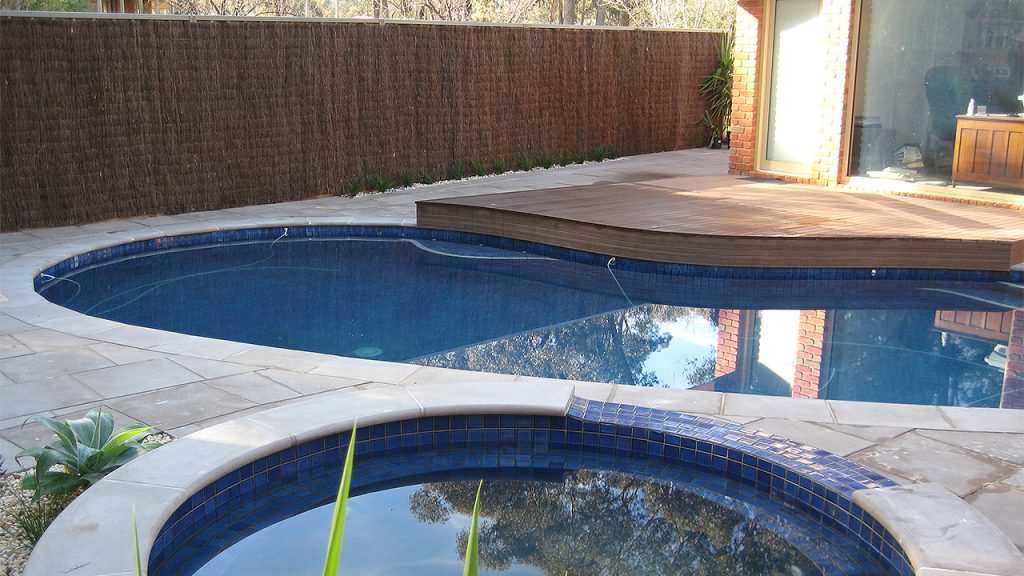 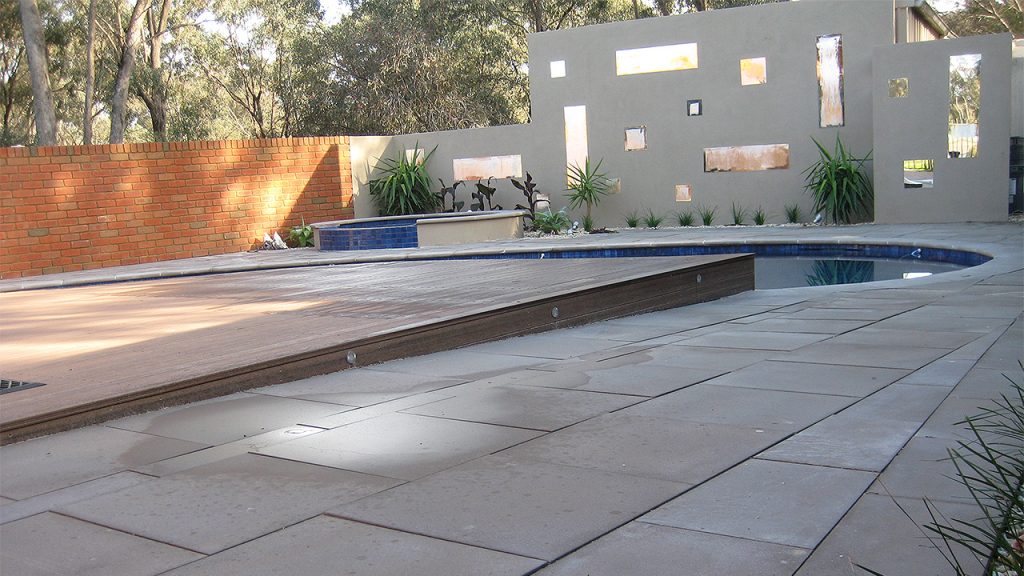 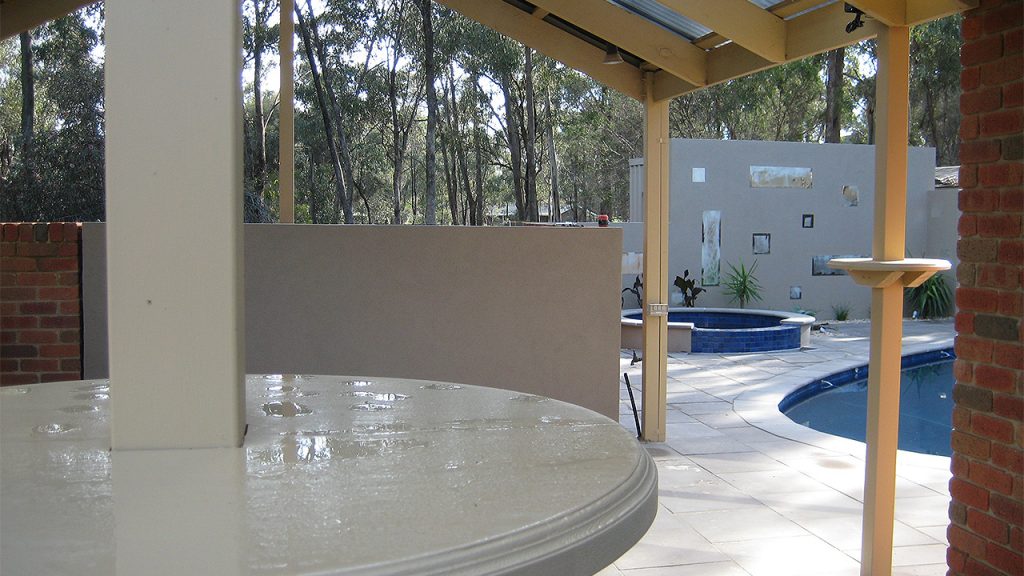 A country home in Bendigo request for a spa to be added to an existing pool was a challenge on its own. The views from inside the house were looking directly at the pool equipment and garden shed and levels were uneven everywhere you looked.

The new raised spa was to become the new focal point of the pool area. It was intended to look as if it had always been there and not as an add on. New paving and a Mod Wood timber sun deck were added to give the area a clean modern look and address the uneven levels. A rendered feature wall with various sized mirrors concealed the shed and pool equipment.

The gardens surrounding the house had been badly affected by the long drought and did not suit its native bush setting. Gravel paths made from recycled bricks created a natural backdrop to raised garden beds with acacias, kangaroo paws, leucadendrons, lomandra and flowering gums just to name a few. A rusted metal fire pit was customised for gathering on chilly nights.